Free delivery on orders above 15€ in Malta
Filter by:
Categories
Tags

Tea gives vigour to the body, contentment to the mind and determination of purpose ~ Shen Nung 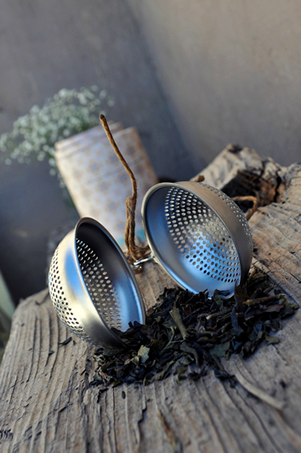 “Fall in love again with the ancient tea ritual and embrace local flavours with traditional blends infused by Tettiera™”.

Tettiera® has been inspired by the Maltese generations of old who used to refer to their precious teapot as tettiera. Every teapot has its own ritual and every generation has added its chapter to the story of their teapot.

Tettiera® has been created with one mission in mind – to turn a simple cup of whole leaf tea into a delightful experience. The founders behind this Maltese trademark, Joanna Micallef Farrugia and Diana Mifsud followed this mantra when developing their products. They are passionate about the tea ritual and its benefits and beauty. Whilst drinking loads of tea, both ladies add their artistic and creative flair into their product to create a luxury-feel tea collection that delivers warmth and comfort into every quality cup.

Tettiera® is a renowned tea trader and blender of artisan tea, tisane, herbs, spices and botanicals, delivering single origin teas, blends and tea delights to tea lovers, both for home consumption or at renowned restaurants, boutique hotels and cafeterias.

Founded in 2016, the Tettiera® concept has been developed in Malta and its products are made and packed in a local facility with love and dedication. Some blends are crafted and blended in Malta and some are blended overseas.

Tettiera’s luxury-feel packaging concept and style is developed in Malta by the founders. The unique Malta Tile Pattern design and packaging artworks by local artist Stephanie Borg intertwines local tradition in a classy colour scheme, that signifies the tea ritual itself and the quality of the Tettiera experience. The graceful Tettiera sage-mint brand colour is now recognised as uniquely Tettiera.

Tettiera is also the brand representative and sole importer and distributor of Copenhagen Sparkling Tea and Denby Pottery.

The World of Whole Leaf Tea

Tea has an aura of well-being. An indulgent beverage that makes you stop and unwind to reconnect with your soul and the earthy environment around you. Tea has a calming yet refreshing effect on the mind, body and soul, with many astringent and bitter-sweet flavours.

Tea encourages reflection and self-love. It gives you an elevated boost with grace, making you feel refreshed and energized, not to mention the boost of antioxidants and other wellbeing properties.

The art of brewing allows us to make the most from the goodness of local shrubs, seeds and herbs to add a local Maltese flavour to the tea leaves. True tea lovers appreciate the unique love affair one can hold for a good steamy cup of tea poured into an elegant porcelain served with one’s favourite tea biscuits and savoury bites.

All the props and accessories such as teapots, infusers, trays and spoons will make it a special cup every time. Teatime is best shared with friends as the appetite and the delight of the tea ritual itself will provoke conversation. In today’s fast lifestyle, the tea ritual will make you pause to refresh and re boost your soul.

Explore our Local Blends and discover a unique taste!

Discover our artisan blends, crafted in Malta using a mix of local and international produce. Maltese produce is sourced from Vincent’s Eco Estate, an organic certified plantation.
Every artisan blend has been developed to suit a specific mood through a burst of unique flavour to enhance your daily tea ritual – a taste of colourful Malta and our rich Meditteranean climate.
Which cup do you feel like right now?

History and Origins of Tea

The discovery of tea by a Chinese emperor who accidentally let a leaf fall in his cup of hot water and let it steep.

The use of tea evolved. It was first valued as a medicine; it became so precious that it replaced currency.

During this period, tea had become such an important cash crop that the government imposed the first known tea tax.

During the mid-1500s, the Portuguese may have shipped some tea to Lisbon. However, none of the European countries traded any tea until 1610 when a Dutch vessel returning from Java brought the first case of tea.

The British East India Company was set up to compete with the Portuguese and Dutch, and amongst its imports was tea. When tea was first introduced in England, it was so expensive it was reserved for the enjoyment of royals and aristocrats.

The French courts were enamoured by tea. Louis XIV found tea to be a remedy for his gout and the Madame de Sabliere initiated the fashion of adding milk to tea in France.

Garraways Store claimed to be the first to sell tea in England from its location in Change Alley.

The first tea advertisement in London appeared on The Gazette on Thursday 2nd September 1658.

The famous little unglazed rich red clay earthenware teapots, often made in fanciful shapes, appeared on English tea tables from 1660s onwards.  These were produced (and still are) in Yixing in Jiangsu province

A typical upperclass residence in London used to spend £15 on one kind of tea.  This was the responsibility of a high-ranking member of staff as delegated by the lady of the house.

Fujian tea merchants carried seeds from China to Formosa and a tea industry began there. Today, Taiwan (Formosa) is famous for its oolong teas and mountain-grown teas.

Ceylon Tea – The production of black tea in Ceylon (now Sri Lanka) began after a deadly fungus destroyed most of the coffee crop on the island.  Because tea plants’ growing conditions are similar to that of coffee, many former coffee estates were converted to tea plantations.

In the early 19th century, Anna, the seventh Duchess of Bedford, one of Queen Victoria’s ladies-in-waiting ‘invented’ afternoon tea.

’Breakfast Tea’ was invented in Edinburgh, by a Scots tea-master who devised the name for his blend. Subsequently, Queen Victoria popularised it. The English would commence with early morning tea, then have breakfast tea, tea at lunch, afternoon tea, five o’clock tea, high tea and even tea at the bedside.

Ceylon Tea – The production of black tea in Ceylon (now Sri Lanka) began after a deadly fungus destroyed most of the coffee crop on the island.  Because tea plants’ growing conditions are similar to that of coffee, many former coffee estates were converted to tea plantations.

Introduction of iced tea in America. During a heatwave, Englishman Richard Blechynden added ice to his black teas, and iced tea came to being.

Invention of tea bags. They were the invention of a New York tea and coffee merchant

Tea Consumption at Present – Tea is the second most consumed beverage in the world.